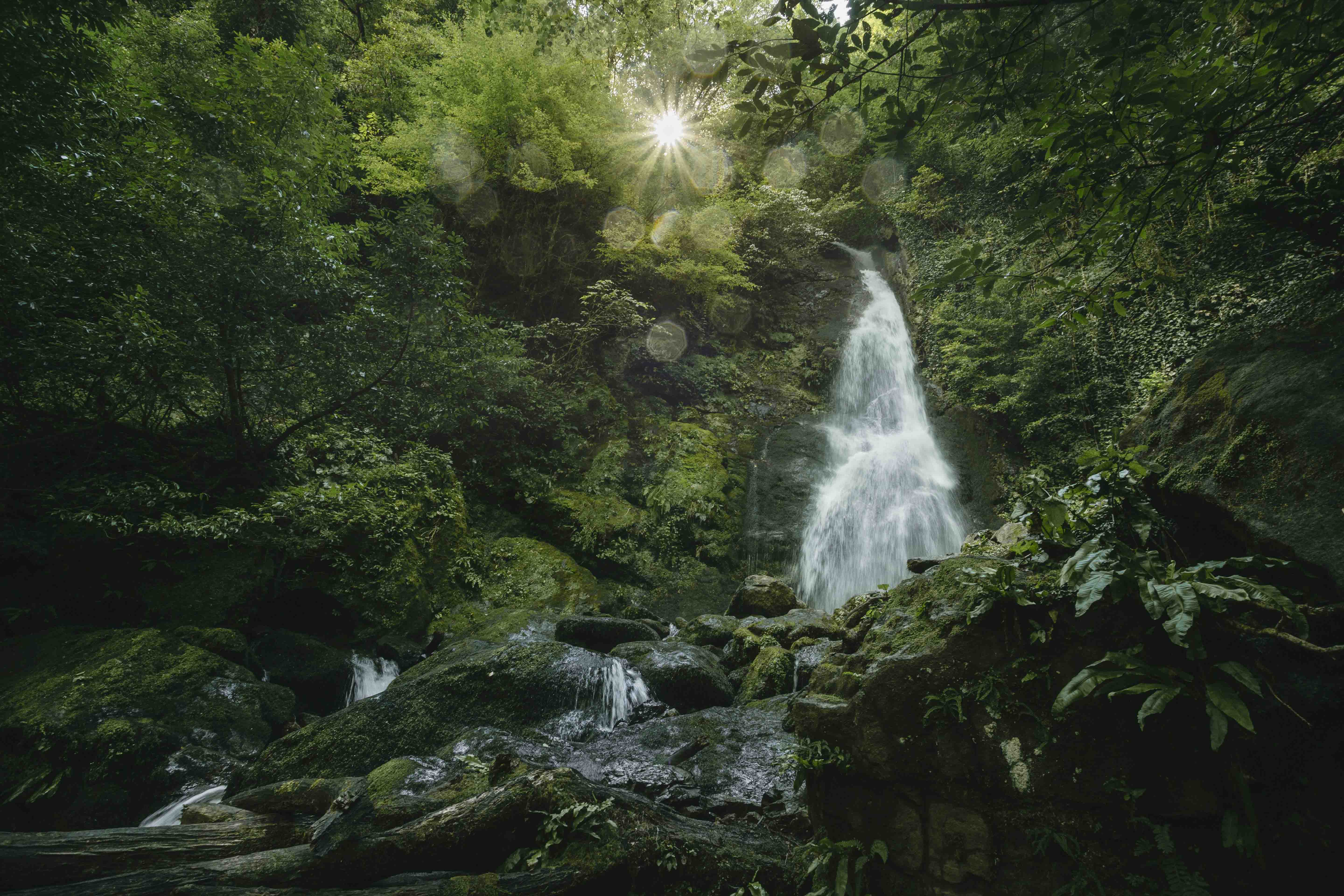 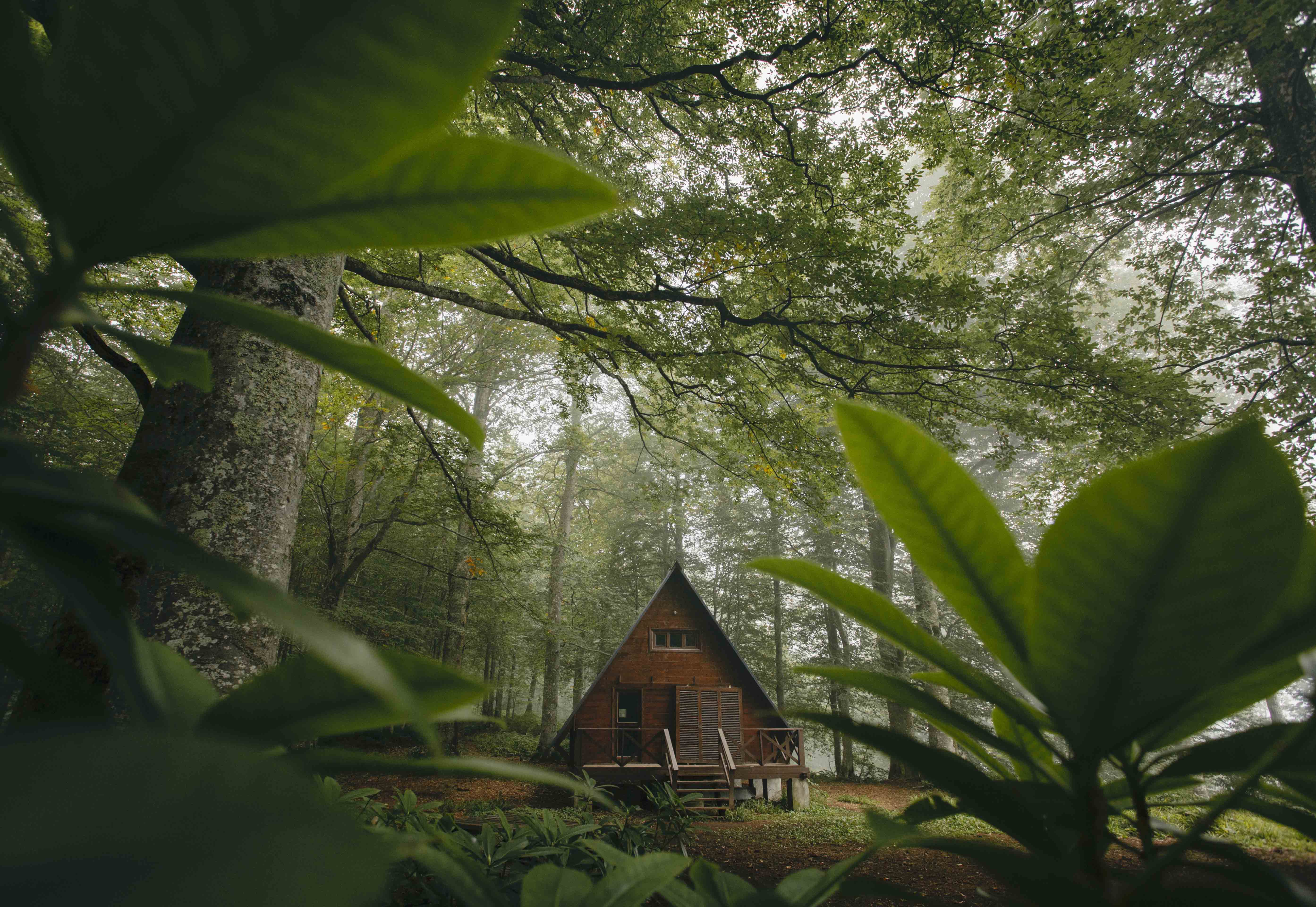 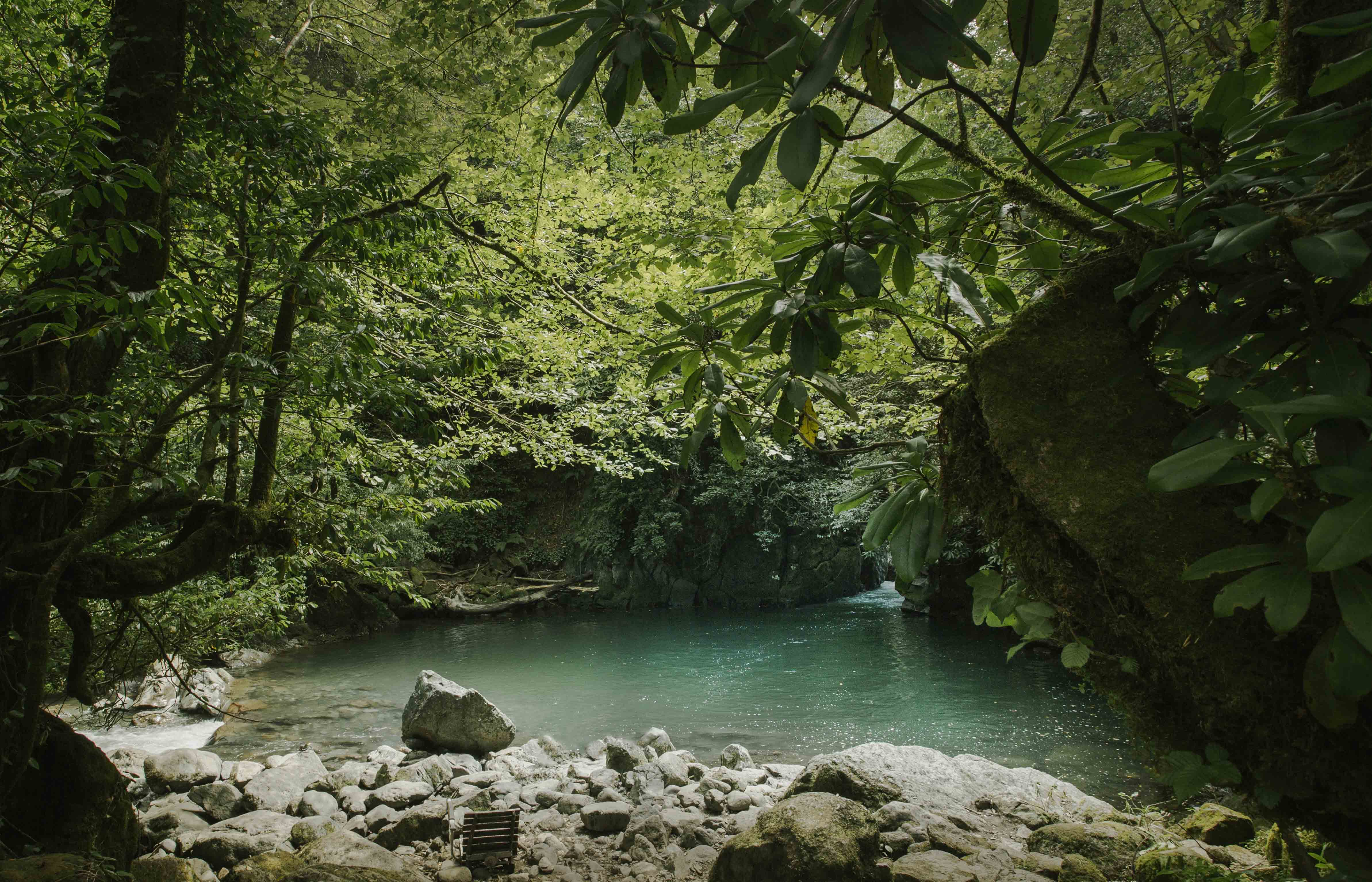 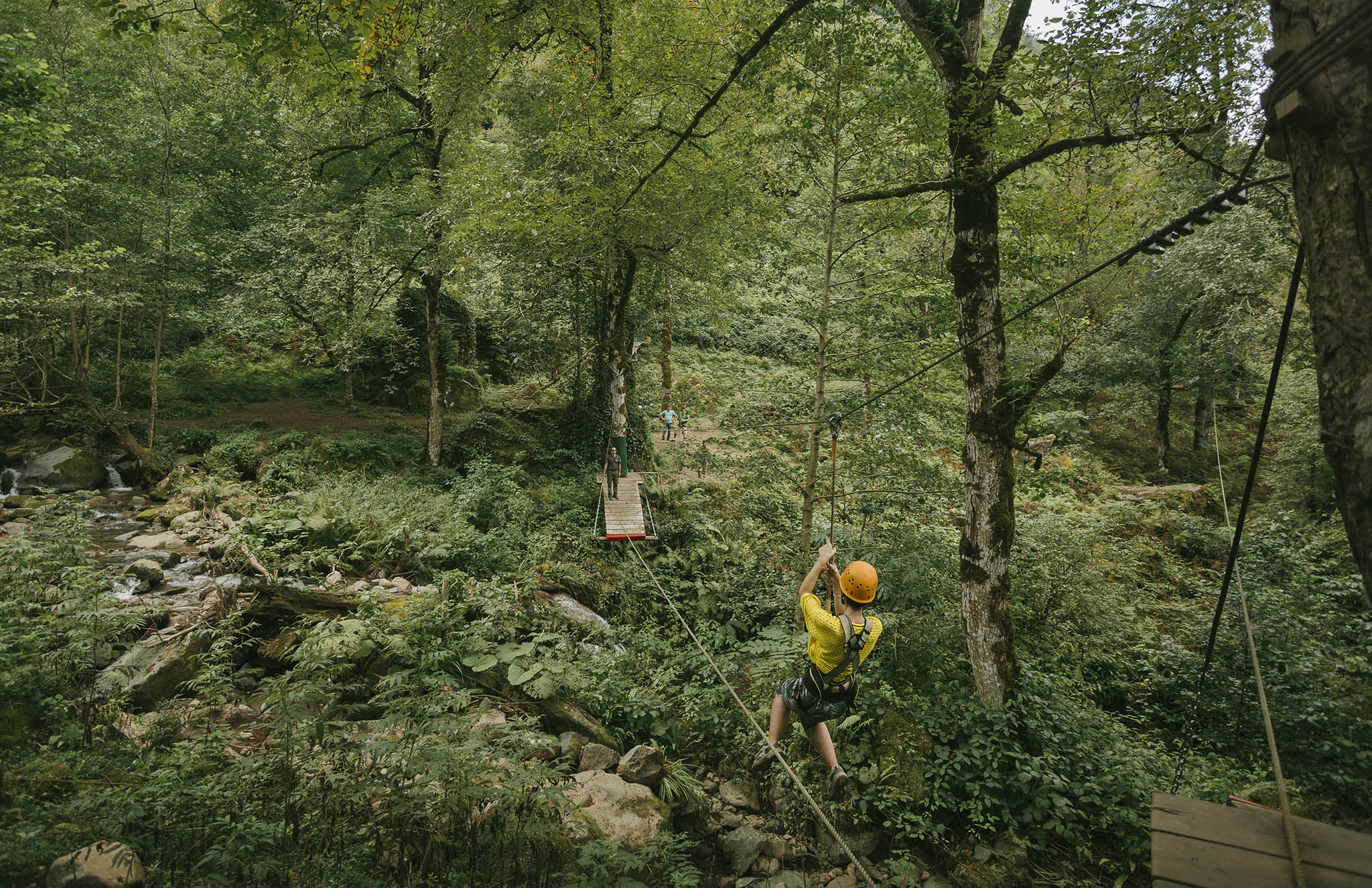 Mtirala National Park is rich in plants. The territory of the park is entirely covered with forests and shrubbery. Here is represented Colchis flora characteristic for Adjara, which is the remains of tropical flora of the Paleogene period in the territory of Georgia. Due to climate changes in Neogene period many tropical species became extinct, and the remaining species formed Colchis refugium, which is one of the main dignities of Mtirala National Park.

In the territory of Mtirala National Park there are 593 species of plants, among them 28 woody species, 35 bushes and 245 herbaceous species. Here are rare and endangered, relict and endemic plants. The last tow species give a particular originality to the territory – evergreen rhododendron ungernii and epigea, which are common only for Adjara and Turkey surrounding areas.

A lasting impression makes Mtirala National Park Colchis forest, which spreads from 15-25 m up to 1000-1200 m height above the sea level. In the lower part of the forest beech forest dominates, however, beech forest is changed by chestnut-beech and other woody deciduous species emerge on the arena: the Caucasian linden, alder and horn beam. In individual units can be found: walnut (Juglans regia), elm (Ulmus glabra), yew (Taxus baccata), fig (Ficus carica)  and others.

Thinned sections and meadows are filled with fruitful blackberry bushes and wood-like blueberry bushes. Riverside and its tributaries are surrounded by boxwoods (Buxus colchica). Humid Colchis forests get more beautiful by the shadow amateur Ivy and lianas. And in riversides smilax  (Smilax excelsa) fills the green forest.

Chestnut forests occupy the middle part of the park, and  the southern and south-eastern slopes are covered with Chorokhi and Q, hartwissiana oak groves, where also Sosnovski pine is mixed and forms coniferous-deciduous forest.

In Mtirala National Park there are many relict and endemic species: among them 5 Caucasian, 1 Georgian, 3 Colchis and 3 Adjarian endemic plants. For example, such as: Adjara-Lazeti rarest species epigea, azalea, cherry laurel, himenophylum, primrose  (Primula megasaefolia) and others. 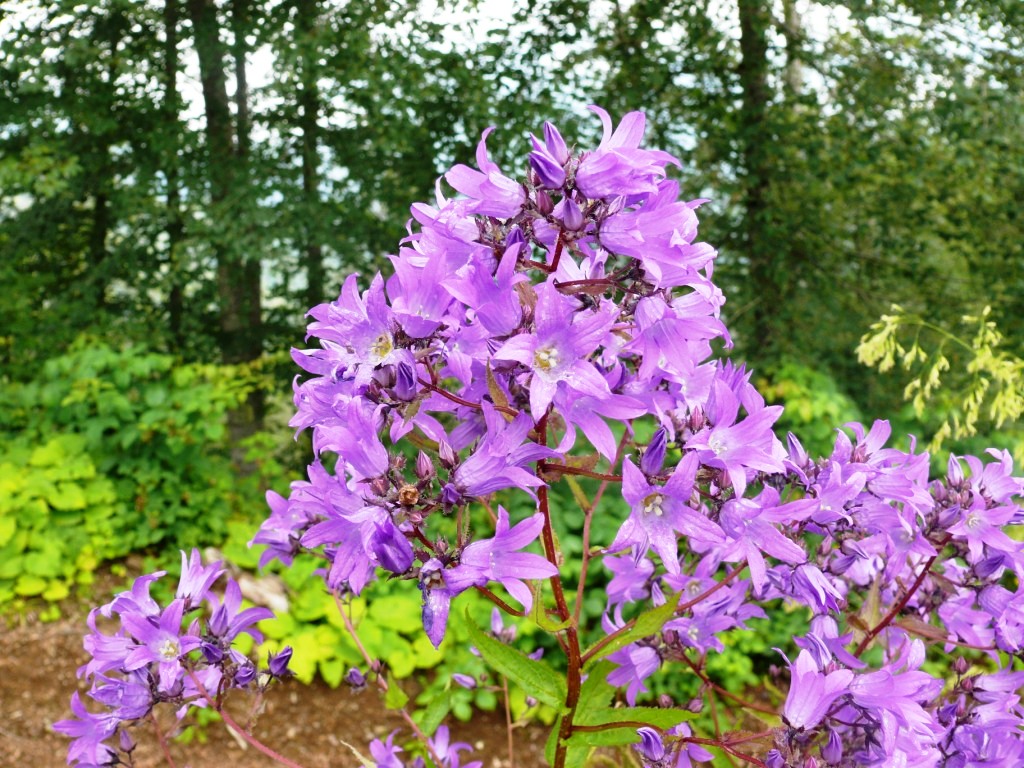 Mtirala National Park is characterized by a wide variety of animal world, which is represented by 275 species. It should be noted that 66 species spread in the park are included in the “Red List” of Georgia, and 12 globally endangered species are included in IUCN “Red List”.

Deciduous forests are the best habitat for ungulates, predators and birds. From big mammals here are widespread: boar, roe and chamois. Predators are more than ungulates: foxes, Jackals, martens, Caucasian squirrels and others.

There are 6 species of amphibians in the park. In the national park there are rare, endemic and relict species, such as Caucasian salamander (Mertensiella caucasica), Caucasian parsley frog (Pelodytes caucasicus), Aisa Minor frog  (Rana macronemis) and Caucasian toad  (Bufo verrucosissimus). They live in humid forests, in the vicinity of rivers, springs, streams, in coniferous and sometimes deciduous forests of narrow gorges.

The animals included in the “Red List” are: brown bear, wolf, lynx and otter. Small mammals common in the park are: Southern horseshoe bat and European barbastelle.

While ornitho fauna of the National Park is not yet fully researched, we can name some species of birds of prey inhabiting here: the great spotted eagle, booted eagle, saker falcon, kite, hawk and falcon. In the forest ecosystem are also found: the beautiful hoopoe, woodcock, several species of woodpeckers, cuckoos, blackbirds, jays, doves and others.

In the mountain rivers- in Chaqvistskali and Korolistkali and in other numerous little rivers inhabits river trout. In the fine sand and water- plant rich rivers Colchis barbell (Barbus tauricus escheriche) can be found.

Special attention is paid to the  diversity of colors of butterflies. Among them are globally endangered species: oleanders, Sphinx, scarlet tiger moth, Apollo.

In the National Park there are 66 species of animals included in the “Red List” of Georgia, among them 12 species are named in IUCN “Red List”.

Here from the representatives of the “Red List” 6 species of mammals, 6 birds, 1 reptile, 1 amphobian, 1 fish, 7 insectsa and 1 species ring worm are spread. Among them most notable are: brown bear (Ursus arctos), wolf (Canis lupus), lynx (Lynx lynx) and otter (Lutra lutra). From small mammals there are southern horseshoe and European barbastelle.